Play Report: A Crack in the Cemetery Wall Part 2

Upon the group's next delve into the Crack in the Cemetary Wall, they proceeded down the northern path towards the sight of ravens taking flight.

They came upon a vaguely feminine creature in rags with a too round face, pointed nose, and crinkling paper-like skin. She squatted next to a well until she finally noticed the party approaching. She stood and cast down a bucket on a rope, trying weakly to seem as though she had been fishing forever. Ravens crowd the trees about her. 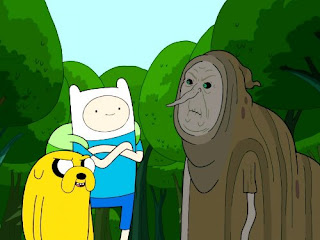 “Oh, children! How wonderful I haven’t seen children around for ages!” Her voice drips with insincerity. Her lips and skin crinkle as she speaks like dry paper.“I am having such terrible trouble, darlings, and I do hate the damp. Would you please aid a poor old woman like myself? I have lost a pair of spectacles at the bottom of the well, clumsy me! I cannot get down there, but if I could lower one of you down on my rope, perhaps you could retrieve my glasses for me? I can reward you. I have candy! Or perhaps you would like something shiny?” She pulls out a Raven Key. She has jars around her waist. Some have frogs in them which frantically throw themselves at the glass. The ravens interrupt her, cawing as she lies.

The bottom of the well is full of clothes, pieces of jewelry, hats, shoes, even old swords, and maybe even pieces of armor, but you so no immediate sign of any glasses. A strange sweet smell comes up from the water below.
While they spoke, a flash from the bushes attracted the party's attention. A small figure in the trees, trying to warn them of danger. The children went over without any subtlety leaving the hag confused. She sat on her butt and picked at her belly button.
This newly arrived child tried to warn them about the hag and some of the other dangers in the wood. She brought them back to her little shelter which seemed to be strangely old and filled with ancient food. They joined forces after a conversation where the new child seemed to have strangely little knowledge of the real world.
They departed from there deciding to avoid confrontation with the Hag at the behest of their new party member though she knew of her secret cave.
They proceeded towards the looming shape of an ancient windmill. Seeing the foreboding shape and a sign written in a childish hand: "Ceep Owt," they decided to pass on towards light and the sound of a full band playing a waltz.
There, they found a grand outdoor ballroom, golden lanterns hanging from the branches of a giant yellow-leafed tree. A masquerade ball of ghosts is in full swing. Most of the ghosts seem to be strangely faceless, evident even under their masks while a few figures seemed to hold proper forms like a golden-haired woman weeping on the outer limits of the ball, a silver key on a necklace around her neck.
They decided this was too creepy and went to the south back past the windmill and towards the smell of a sweet smoke and the sound of a lone violin. They arrived at a grove of gnarled, red-leafed trees. Ink wells, quills, paper, and pipes are everywhere. Skeletons in Victorian garb scribble away madly. In the middle of them all, a woman with scarlet hair in a red dress, playing the violin.
They rose to read her poetry, grim words full of darkness and angst. She frowned at these, only slightly responding at happier words. She has a silver key about her neck.
The children asked her what she wanted and the woman, named Dulcinea, told them she wanted something happier and more honest. Tag King, played by Dan of Throne of Salt, wrote this to win her over:

I stole the sandals of Hermes

for I could not sit so still

as to let life settle around

I shall outrun death

and catch the sun.

"A little pretentious, but I like the hopefulness of it!"  She awarded him the silver key to the disgruntlement of many skeletons.

Dulcinea didn't seem to know much about this land or what she is doing there in it, but she did say the skeletons understood they shouldn't be in the land of the living and seem to be desperate to try something to set right their unnatural state. 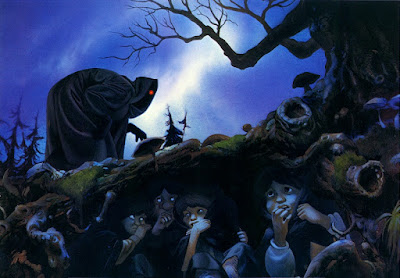