Original Post here.
The road is a harsh mistress, the kind of woman you always talk about leaving but never manage to get out the door before you notice rose petals leading off into the bedroom, and you think, "Maybe just a little longer..."
You'll think that over and over again.
For every delight she offers, there are ten thousand pains. She'll feed you one night and leave you hungry the next. You'll win the jackpot only to lose it all. You'll see beauties like you can't imagine and horrors you'll never forget.
But those damn rose petals keep calling you back... 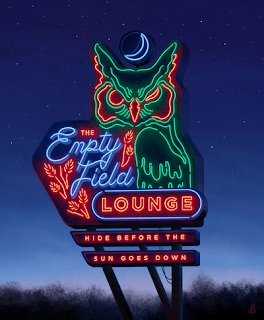